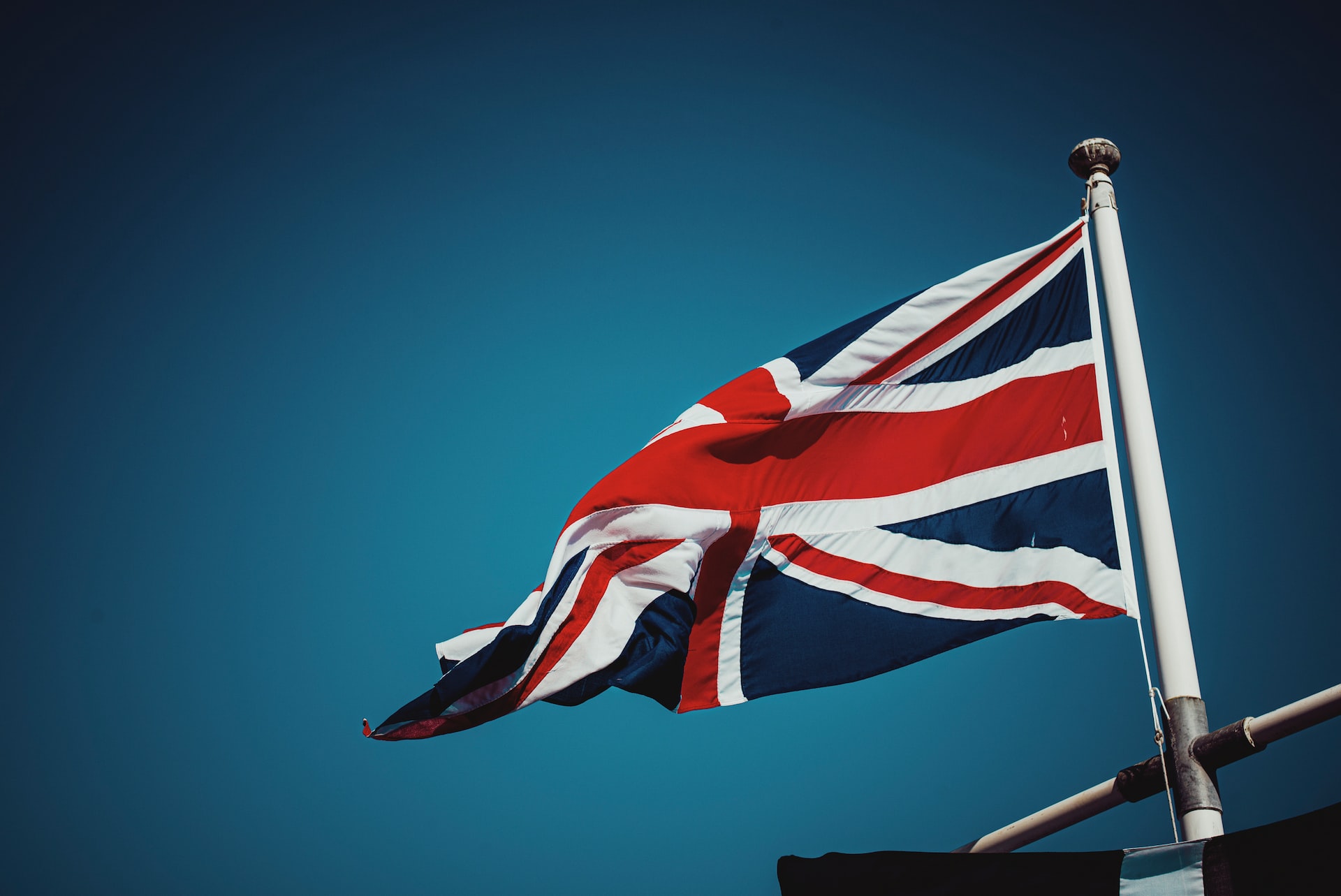 Great Britain ceased to be part of the EU single market and customs union on 1 January 2021. This has a significant impact on the movement of goods. What do companies need to keep in mind when clearing customs?

Companies based in the EU that want to deliver goods to the United Kingdom must remember that Great Britain has been considered a third country for VAT purposes since Brexit. In addition to VAT implications, customs regulations must also be complied with.

What is Customs Clearance?

This is referred to as customs clearance when goods are handled for customs or tax purposes. Due to Brexit, trade in goods between Great Britain and the EU has changed significantly. Customs consequences make trade with Great Britain both more complex and more expensive. For example, duties and taxes must be paid when importing goods.

When is customs clearance required?

Goods exported by a company from the EU to Great Britain must be cleared through customs. Companies must be aware that there are restrictions on certain goods.

How does the customs clearance procedure work?

The goods must first be declared for export (from €1000 a so-called export declaration is required, up to €999 a commercial invoice is sufficient). In Germany, the IT procedure ATLAS is used for this. Customs distinguishes between

No VAT, excise duties or customs duties are levied under the export procedure.

In Great Britain, import duties, such as customs duties and taxes, will be incurred. Brexit now makes it compulsory: a digital customs declaration must be made when importing goods. The customs declarant and his representative need a so-called (UK) EORI number to trade goods with Great Britain. Ideally, this number should already be indicated on the commercial invoice.

In addition to a description of the goods, companies also require the so-called customs tariff number for a customs declaration. The customs tariff number can identify the goods. This is why it is sometimes referred to as a commodity code or commodity code number. The tariff number is essential for importation because it is used by the British customs authorities to determine whether the goods may be imported. In English, the term “commodity codes” is used here. In addition, any import duties that may be due can be calculated. The basis of assessment for customs duties is the so-called customs value.

Tip: Companies can use a calculator to calculate the import duties payable based on the customs tariff number. A corresponding working aid from the British customs authority is available here. Companies can view a step-by-step guide to importing goods here.

Are there simplifications for customs clearance of small consignments?

Customs clearance is facilitated for small consignments up to £135. Deliveries up to this value are generally duty-free.

How long does customs clearance take?

Unfortunately, there is no general answer to the duration of customs clearance. As a rule, the process only takes one day. But the process can also be delayed.

Whom can companies entrust with customs clearance?

Companies have various options for being represented for customs clearance in Great Britain. The options are

The person responsible for the customs declaration is also called the Importer of Record. The representative then assumes the rights and obligations of customs clearance. If necessary, declarations on safety and security must also be made.

More information on service providers eligible to act as indirect representatives for EU companies can be found here. However, companies must be aware that there are also costs involved in appointing representatives.

What is the significance of the origin of goods in trade with Great Britain?

A free trade agreement has been concluded between the EU and Great Britain. A bilateral free trade agreement allows certain goods to be imported without paying customs duties. In simple terms, goods produced in the EU can be imported duty-free into Great Britain if the conditions are met and observed. Conversely, goods produced in Great Britain can also be imported duty-free into the EU. In this context, one often stumbles over the term “preferential origin”. Companies must provide relevant evidence. This is usually done using so-called supplier declarations, which must be obtained annually from the manufacturer or trader.

Tip: You can find more information on the trade agreement here.

Things to know about Brexit

More on the topic

Our ClearCustoms® solution enables marketplace merchants to ship border-free to Europe’s most lucrative markets: the UK, Switzerland and Norway.

More on the topic 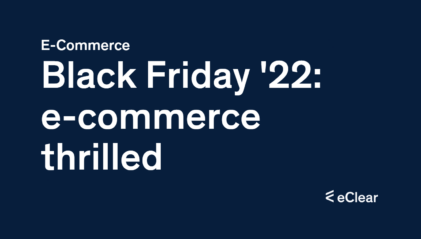 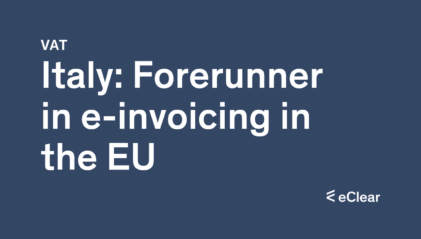 Italy: Forerunner in e-invoice creation for CTC in the EU

The Italian government has addressed one of Europe’s most significant VAT loopholes and, in 2014, became the first country to… 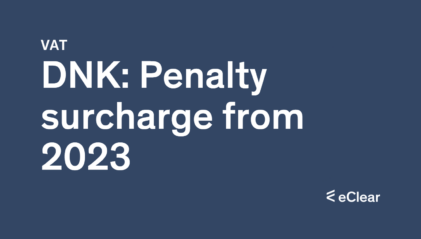 The Danish tax authorities are cashing in on erroneous VAT declarations

Before the end of the 1st quarter of 2023, the Danish tax authorities will start sanctioning companies that submit incorrect… 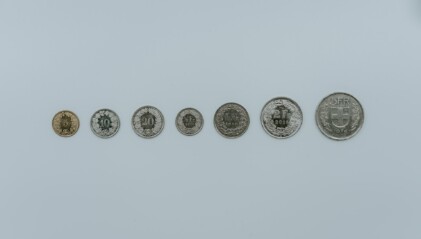 Switzerland will raise VAT in 2024

In a referendum, the Swiss voted in favour of a VAT raise. The measure is intended to help stabilise the… 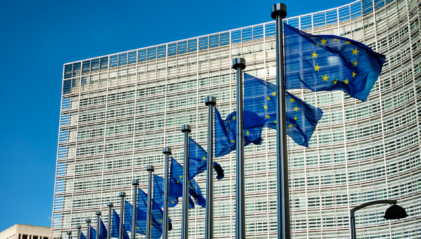 EU draft law on “VAT in the digital age” postponed

The European Commission has postponed the presentation of new proposals on VAT and taxation of crypto assets until December 2022. 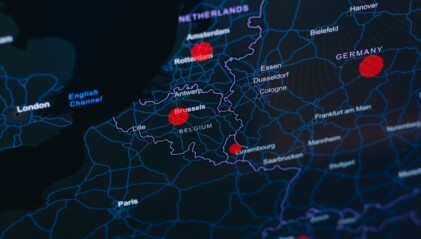 On 1 January 2023, specific due diligence and reporting obligations for digital platform operators across the European Union will come…

Do you want to make your customs clearance more efficient? Get in touch.