New EU customs regulations for cross-border e-commerce have been in place for half a year. An overview of the most important innovations and challenges. by eClear

The EU’s new customs regulations have been in force since 1 July 2021. They affect cross-border e-commerce to a very large extent. The new customs regulation was actually intended to no longer favour non-European merchants and to create fair competition between domestic and foreign e-commerce companies. However, after half a year of implementation, this does not yet seem to have been achieved.

One of the most important customs regulations concerns import duties. For merchants, this creates a significantly higher bureaucratic burden and for customers, the goods they buy may become much more expensive – reasons enough for merchants to deal with this issue very carefully, as they run the risk of losing customers and/or paying significantly too high VAT rates to the respective tax offices.

Checkbox for merchants on the cross-border movement of goods

Which regulations apply to the customs declaration?

The release for free circulation of low-value goods declared under the import regime is exempt from VAT if a valid IOSS number is indicated in the customs declaration and the other conditions are met. This is to avoid double taxation of the same goods.

Where must the VAT return be submitted?

Based on the customs declarations submitted in each EU Member State, a monthly list is compiled of the total value of imports of low-value goods declared in the EU for each IOSS VAT registration number in a given month. Declarants are not involved in the compilation of these monthly IOSS listings. The aggregated monthly listings are made available to the tax authorities in the EU. The tax authorities use these listings to match the value of imports declared as exempt under an IOSS VAT identification number with the value of VAT declared by the same taxable person in the IOSS return.

How is the validation of the IOSS VAT number handled?

What exactly do the new regulations on import duties cover? Andreas Weidner, VP Customs and Trade Compliance at eClear AG, explains: “For shipments with a value of up to 150 euros, import VAT is charged. For shipments with a value of 150 euros or more, customs duty and import VAT are due. Small consignments under 22 euros are no longer exempt from import VAT; they are now also taxed at the VAT rate applicable in the country of destination.”

A new EU-wide simplified procedure has been introduced for the collection of import turnover taxes: The Import-One-Stop-Shop (IOSS), which can also be used to declare and pay the tax. However, this only applies to the import of goods from a third country into the EU that are sold to end customers (B2C), are not worth more than 150 euros and are also not subject to excise duty. The merchant must register for the IOSS in the EU and needs a fiscal representative there.

Marketplace liability was also newly regulated: For goods under 150 euros that merchants sell via a platform such as Amazon, the platform itself becomes the tax debtor and liable. The merchants also have to deal with the technicalities of the platform for the correct taxation of their goods.

Customers who order goods online from merchants in non-EU countries may face high additional costs – not least, merchants simply pass on the costs of written customs clearance of goods to customers. Says Andreas Weidner: “An item worth 10 euros can result in a price increase of up to 80 per cent – 19 per cent import VAT and 6 euros in shipping. This reform and its innovations are a test for the relationship between sellers and their customers.”

Online merchants are therefore called upon to respond accordingly. Above all, they must calculate and display the total costs for their customers as part of the purchasing process, but they are often unable to do so because they know neither the tax rates of the destination country nor its countless exceptions. They are therefore called upon to optimise their processes accordingly. This means that they have to deal intensively with the digital customs declaration and the IOSS, as well as allocate the correct customs tariffs to their goods and make the expected import duties and fees transparent to their customers.

Andreas Weidner considers the implementation of the EU reform to be a challenging task: “Brexit has shown what happens to fragile supply chains when complex reforms are introduced. Many EU-based merchants have decided not to deliver to the UK for the time being due to the uncertainties and additional costs involved in delivering to the UK. Merchants still have a lot of work to do to avoid customs and tax liability risks on the one hand and to give consumers trust with clarity and cost transparency in cross-border trade on the other.

Due to the masses of consignments that are handled daily from the third country via the known airports, an effective check of the declared consignments is not feasible. The consignors in the third country are aware of the weaknesses of the individual national customs authorities. This is why they prefer to channel their goods via the Netherlands. There are no controls in Holland if the goods have their destination in another EU member state. Penalties are only imposed, if at all, on agents resident in the EU. 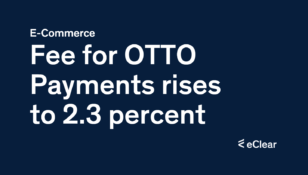 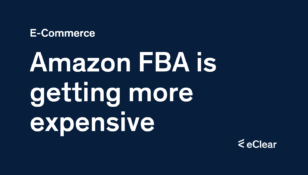 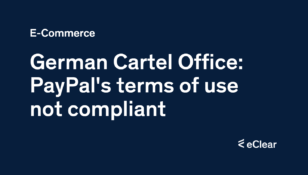 The Bundeskartellamt has targeted PayPal and initiated proceedings against PayPal (Europe) S.à r.l. et Cie, S.C.A. for possible obstruction of…