Netherlands: New reporting requirements for payment service providers as of 2024

From 1 January 2024, the new reporting obligation for payment service providers (PSPs) for cross-border payments will apply in the European Union. A cross-border transaction occurs when payers are in the EU while payees are in another taxable country (EU / NON-EU). by eClear

Directive 2020/284 of the Hoge Raad der Nederlanden (Supreme Court of the Netherlands) of 18 February 2020, amending Directive 2006/112/EC, outlines the basic VAT accounting requirements for taxable persons. Thus, service providers must check the 25 cross-border payments per payee within the EU every quarter using a standard electronic form.

The measures are aimed at curbing VAT fraud in the future. Thus, the records are to contain the following information:

According to recent estimates, the European Union suffers a loss of €93 billion in tax revenue each year because tax authorities have been unable to collect sales taxes due from taxpayers. One of the causes of this sales tax gap is sales tax fraud in online e-commerce.

It is becoming increasingly difficult for tax authorities to monitor and appropriately tax transactions from e-commerce. They increasingly have to collect sales tax from traders based abroad, which is primarily a direct consequence of the macroeconomic impact of globalisation and digitalisation. These changes have fuelled the emergence of new business models, such as the platform, gig and sharing economies, whose trade and business relationships do not stop at national borders. On the contrary, the realisation of economies of scale drives geographic growth. Another reason for the steady increase in receivables recently is the change in VAT assessment from origin-based taxation, i.e. in the seller country, to destination-based tax, i.e. VAT is levied in the land of consumption. 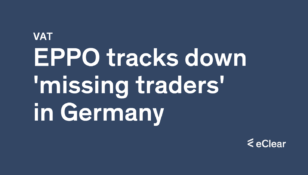 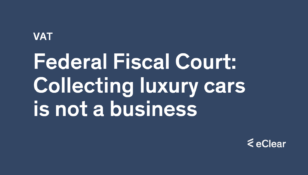